To share your memory on the wall of Richard Micketti, sign in using one of the following options:

Print
Richard Micketti passed away on December 27 with his loving wife Phyllis by his side. He was 64 yars old.

Born in Rogers City, Michigan, Richard grew up on the shores of Lake Huron and always looked forward to the next time he could vi... Read More
Richard Micketti passed away on December 27 with his loving wife Phyllis by his side. He was 64 yars old.

Born in Rogers City, Michigan, Richard grew up on the shores of Lake Huron and always looked forward to the next time he could visit family and take a swim in the Great Lakes. He and Phyllis moved to New Jersey in 1985 and to Lambertville in 2012. He worked in the wine industry for over 40 years, beginning as a teenager in the tasting room of a Michigan winery. Most recently he worked for several years at North East Wine with people he considered his extended family. His work enabled him to travel to wine festivals and vineyards across the United States and around the world. He often said the nicest people grow wine in the prettiest places, everyone should visit wineries. Richard would love for you to pull out, open and share a special bottle in his memory.

His other passion was jazz music. He played percussion in several ensembles through his college years and loved live music. Our Christmas card photo this year was from the Exit Zero Jazz Festival held outdoors in October. He was looking forward to theaters and concert halls reopening in the coming year.

Richard is survived by his beloved wife Phyllis, together they shared love and happiness for 38 years. He is also survived by his mother Helen Grace Micketti, his sister Kathy Seguin and her husband Mike, his brothers and their wives Gerry and Lynn Micketti and Joseph and Janie Micketti; his mother-in-law Lourdes Blazevic who loved him like her own son; his brother-in-law and his wife Mark and Nancy Blazevic; his nieces and nephews Autumn, Azalea, Joseph, Andrew and Daniel, and his cat Buttercup. Richard also leaves behind many friends he laughed and raised a glass with through the years.

Richard was very appreciative of all the love and support he received throughout his life.

He was predeceased by his father Joseph Micketti and his sister Barbara Micketti.

At the request of the family services will be private.

To plant a memorial tree in honor of Richard Micketti, please visit our Heartfelt Sympathies Store.

There are no events scheduled. You can still show your support by sending flowers directly to the family, or planting a memorial tree in memory of Richard Micketti.
Plant a Tree

We encourage you to share your most beloved memories of Richard here, so that the family and other loved ones can always see it. You can upload cherished photographs, or share your favorite stories, and can even comment on those shared by others.

Posted Feb 05, 2021 at 01:41pm
I am so sorry to hear the news of Richard's passing. A visit to the library by you two always made the day even better. All of us here at the library will sorely miss him.
Comment Share
Share via:
CS

Posted Jan 11, 2021 at 12:13pm
Phyllis and the Entire Micketti family,
I was friends with Rick in the 70s. We were born only four days apart, but I was a year ahead of him in school. So we didn't really become friends until we were in high school. If my memory is correct, Rick was in a band called Trout River Dam. I was one of his roadies!! LOL The band paid us with a bottle of vodka! What a hoot. I also remember Rick had an older Chevy? Maybe his grandma's car? We "did the roads" and had a few beers on many occasions. Mostly I remember lots of discussions about music. We both loved the band "Yes", Rick would visit us at CMU and we listened and talked about music. He was very passionate about music needing to be "more complicated" than just banging away. I may have seen Rick a time or two in the 80's , but I don't recall for sure. We both moved away from Michigan, I am in Texas and Rick ended up in New Jersey. But I'm sure our heavenly paths will cross again in his grandma's car driving down Spens Road and listening to some tunes. I am so sorry Rick has left his wonderful famlly. Chris Strzelecki otherwise known as " The Polock" or Pole for short :)
Comment Share
Share via:
HL

Posted Jan 04, 2021 at 08:16pm
Dear Phyllis and families, Brian and I are so saddened to hear of the loss of your beloved Richard. We always looked forward to hearing his advice about wine, and we thoroughly enjoyed his company at many Rutgers functions. We will dust off an old first growth and toast to you both.
Comment Share
Share via:
YF

Posted Jan 03, 2021 at 04:41pm
Phyllis, my heartfelt condolences to you during this difficult time. Your Rutgers family is here for you ALWAYS.
Comment Share
Share via: 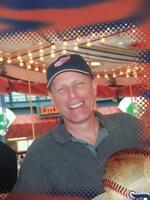