To share your memory on the wall of Harry Young, sign in using one of the following options:

Print
Harry F. Young, 71, of Lambertville, NJ passed away at his home after a long battle with cancer on Wednesday, January 13, 2021. His beloved wife, Lynda, was at his side.

Born in Miami, Florida, Harry was a graduate of Miami Edison High S... Read More
Harry F. Young, 71, of Lambertville, NJ passed away at his home after a long battle with cancer on Wednesday, January 13, 2021. His beloved wife, Lynda, was at his side.

Born in Miami, Florida, Harry was a graduate of Miami Edison High School and earned his BA in business administration from Georgia State University. Harry was a successful sales executive in the tech and computer software industry. He retired as vice-president of worldwide sales for NuTech. Earlier he was associated with Lanier as sales manager; and File Tek and Tivoli as director of sales. His sales ability and product knowledge led him to the greater New York area. He came to Mineola, Long Island and then the South Street Seaport neighborhood of Manhattan. He and Lynda eventually made their home in Summit, NJ for 25 years before moving to Lambertville 3 years ago.

Harry is survived by his beloved wife Lynda Young; his daughter and her husband Vanessa and Andrew McInnes of Brooklyn, NY and their children Theodore and Hudson Harry; his stepdaughter Tara Benedetti of Lambertville and his stepson Matthew Benedetti of West New York, NJ. Harry is also survived by his nieces and their families Magen and Kenan Young of Ormond Beach, FL and their daughter Ilyda; Sabrina and John Conrad of Fort Wayne, Indiana and their children Chase, Sophia and Colton James; Tessa Borucki of Eden Prairie, MN; Christine and Robb Huus of Moorhead, MN and their children Hudson and Gage. Harry was the son of the late Frank and Evelyn Hageman Young and the brother of the late Philip Young. Harry was an animal lover and Scotties were a favorite dog breed. He is also survived by his current Scottie Gracie a successor to Dallas I, Dallas II, and Fargo.

Harry was devoted to his family. He and Lynda were world travelers. They enjoyed summers at Martha’s Vineyard surrounded by their loved ones. He doted on his grandchildren. You could not find a better friend than Harry. He always looked for the good in people. A special friend was Sean Dolan of Morristown who shared Harry’s dedication to the Miami Dolphins.

Services will be private and are under the direction of the Van Horn-McDonough Funeral Home, Lambertville, NJ. Condolences and messages of support may be posted at the funeral home website (vhmfh.com).

Harry’s ashes will be placed in the columbarium at the Marble Collegiate Church, 1 West 29th Street, New York, NY 10001.

Donations in Harry’s memory may be made to the Animal Alliance of Lambertville (animalalliancenj.org) or to the Democratic Party.
Read Less

To send flowers to the family or plant a tree in memory of Harry F Young, please visit our Heartfelt Sympathies Store.

We encourage you to share your most beloved memories of Harry here, so that the family and other loved ones can always see it. You can upload cherished photographs, or share your favorite stories, and can even comment on those shared by others.

Posted Jan 18, 2021 at 12:10pm
We pray the love of God enfolds you during your journey through grief. Love, Linda and Steve Schmidt

Posted Jan 16, 2021 at 09:18am
I share great memories of Harry and I in gym class together back at Edison He was a terrific guy, friend, and classmate. Always calm and low keyed he was just a wonderful person who I shared many a laughs with during Coach Williams lectures to us. My prayers and thoughts go out to the Young family. Seeing his obituary and many accomplishments and his activities confirms my belief in High School that he would be successful in life. He proved me correct. See you on the other side Harry!

Posted Jan 15, 2021 at 07:54pm
I was last with Harry at the 50th high school reunion of the Miami Edison Class of 67 in 2017 in Ocala, Florida. He was one of the members who made the Class of 67 the special class that it was. He was a football player and member of Civitan and E Club. And most of all, he was a really nice person. Rest peacefully fellow classmate. Barbara Goldfarb Wexler
Comment Share
Share via: 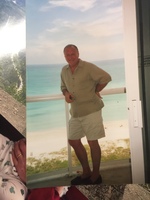 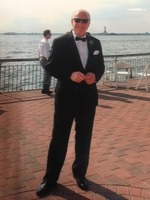 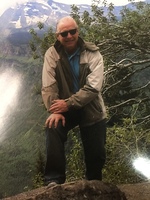 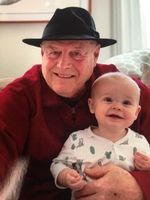