To share your memory on the wall of David Dondero, sign in using one of the following options:

Print
Dr. David L. Dondero of Lambertville, NJ, passed away on Monday, March 1, 2021, surrounded by his cherished family. He was 80 years old.

A doctor of podiatric medicine, Dr. Dondero established his practice in Lambertville 43 years ago. ... Read More
Dr. David L. Dondero of Lambertville, NJ, passed away on Monday, March 1, 2021, surrounded by his cherished family. He was 80 years old.

A doctor of podiatric medicine, Dr. Dondero established his practice in Lambertville 43 years ago. He also had an additional office in Lawrenceville. Though he had transferred his Bridge Street office practice to another podiatrist, he continued to see patients in their homes and at his home office. His patients knew Dr. Dondero for his dedication, skill, kindness and gentle humor.

A native of Belmont, Massachusetts, David spent his early years there. His family later lived on the West Coast and eventually moved back East. After high school David enlisted in the US Air Force where he was trained and served as a dental technician. His choice of duty was inspired by his mother, one of the first dental hygienists in the country. He went on to study pharmacology, earning his Bachelor of Science degree in pharmacy from the Massachusetts College of Pharmacy in Boston and his Master’s degree in Pharmacology from the Philadelphia College of Pharmacy and Science (now the University of the Sciences). He was later awarded his Doctor of Podiatric Medicine from the Pennsylvania College of Podiatric Medicine in Philadelphia (now a part of Temple University). During his student years he served as a lab instructor and was member of Phi Delta Chi Fraternity. His love of knowledge was lifelong. He was an Eagle Scout and served as a camp counselor.

David married Peggy Ann Claywell of Moorestown, NJ where they lived at the start of their marriage and began a family. The opportunity to be in private practice brought them to Lambertville. David was active in their parish, St. John the Evangelist Catholic Church where he served as a lector. He was a third degree member of the St. John the Evangelist Knights of Columbus Council. David was also a past president of the Lambertville-New Hope Kiwanis Club, a life member of the Lambertville B.P.O.E.
Lodge 1020 and a Master Mason with the Lambertville Masonic Lodge. He also founded the Capital Division of the NJ Podiatric Medical Society.

David enjoyed an active life with Peggy and their family. They were avid travelers. He loved spending time on the water, boating, snorkeling, and sailing and in the air as a licensed pilot. He was a longtime member of a Seattle based Flying Club. He was a nature enthusiast and an outdoorsman. He loved the outdoors and camping and was an expert marksman. On his family farm he could often be found riding his tractor and tending to his goats, llamas, and chickens.

David shared all his interests and activities with his family. In addition to his wife Peggy, he is survived by his daughter and son-in-law Elena M. Dondero and Edward R. Coff of Wrightstown, PA; and his son Frank E. Dondero of New Hope. He doted on his grandchildren Sean David Dondero, Dylan Kenneth Dondero and Kara Ann Dondero of New Hope. He is also survived by his godson Mark Madden of Buzzards Bay, MA; his lifelong friend and “brother” Russell Enos of Clark’s Summit, PA and a multitude of family and friends. He was the son of the late Frank E. and Dorothy H. Tarbox Dondero.

There will be visitation on Thursday morning from 8:30 am until departure for church at the Van Horn-McDonough Funeral Home, 21 York Street, Lambertville, NJ 08530 (vhmfh.com).

Please note that attendees must be masked and follow social distancing guidelines.

To send flowers to the family or plant a tree in memory of David Lee Dondero, please visit our Heartfelt Sympathies Store.

We encourage you to share your most beloved memories of David here, so that the family and other loved ones can always see it. You can upload cherished photographs, or share your favorite stories, and can even comment on those shared by others.

Love, Wayne and Vickie, Francene and Anand Noronha, and other have sent flowers to the family of David Lee Dondero.
Show you care by sending flowers

Posted Mar 29, 2021 at 10:25am
To Elena and family, my deepest sympathies and condolences. Hoping this tree will represent that your loved one will always live on in your heart.

Posted Mar 11, 2021 at 12:49am
IN LOVING MEMORY OF OUR DEAREST FRIEND, DAVID DONDERO! MAY HE REST IN THE PEACE OF GOD AND IN THE PRESENCE OF HIS ANGELS- THE GUMA FAMILY

Flowers were purchased for the family of David Dondero. Send Flowers

Posted Mar 09, 2021 at 01:18pm
With loving memories of David, we send you thoughts of comfort and love, Francene and Anand

Posted Mar 09, 2021 at 11:03am
You were one of a kind David. Always so cheerful and ready for adventure. While we didn’t know you well, it felt as though we did as you made it so very easy to be your friend. Your family is so fortunate that you were so loving. We will miss your bright smile and sparkling eyes. May you Rest In Peace my friend, you made a difference in our lives. With love and remembrance, Elizabeth Stocker and Phil Zaichuk
Comment Share
Share via: 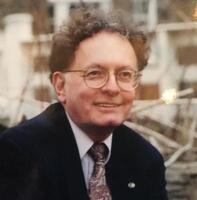 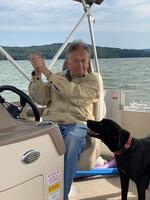 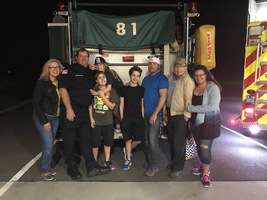 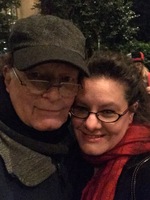