To share your memory on the wall of Bradford Mills, sign in using one of the following options:

Print
Bradford Mills of New Hope, PA, formerly of Princeton, died peacefully at his home on Thursday, March 18, 2021, with his beloved, devoted and cherished wife, Pammie, by his side. He was 94 years old.

A leader in business and philanthropy... Read More
Bradford Mills of New Hope, PA, formerly of Princeton, died peacefully at his home on Thursday, March 18, 2021, with his beloved, devoted and cherished wife, Pammie, by his side. He was 94 years old.

A leader in business and philanthropy, Brad was born on December 16, 1926 in New York City where he was raised. He attended the Millbrook School in Millbrook, NY, where he later served as a trustee and donated a athletic center named in his honor. The school motto: “not for oneself but for all” became the creed by which Brad led his life. As a teenager he joined the US Navy serving in World War 2 and later in the Korean Conflict with intelligence and the CIA. After his WW 2 service he entered Princeton University graduating cum laude with a degree in economics in 1948. After graduation Brad lived in Paris where he served as assistant director of the overseas territories’ division for the Marshall Plan. Brad went on to study Oxford. He went on to cross Africa for the Marshall Plan from Cape Town to Cairo with his first wife, Leisket.

In New York Brad was a leader in the merchant banking and investment fields. In 1962 he and a group of colleagues formed the New York Securities Company. In 1970 at the invitation of President Richard Nixon, Brad became the first president and chief executive of a new government agency, Overseas Private Investment Corporation (OPIC), which insured U.S. investment in the developing world. In 1974 he formed Bradford Ventures, acquiring growing companies for development and expansion. He also established the Bradford Investment Group. Brad shared his knowledge and experience in multinational corporations as an adjunct faculty member at Princeton’s Woodrow Wilson School.

Brad enjoyed an active life. He was a world traveler, an avid tennis player, fisherman and hunter. He had a generous spirit and served on multiple boards and committees for the greater good, many as board chairman. He established the Mills Foundation. He served as a trustee of the Princeton Medical Center and the Millbrook School. He was a founder and past president of the Amwell Conservancy. A favorite charity of his was “SAVE”: Save the Homeless Animals in Skillman. Brad and Pam hosted and organized many successful fundraisers for charity.

He was known by his grandchildren as “Noisy Grandpa Fisherman”. He loved teaching them to fish. One of his greatest joys came when he was shooting quail with his beloved dogs either at Amwell Conservancy, a hunting preserve he helped to establish, or at Bray’s Island in South Carolina. He enjoyed spending time feeding his Koi fish at his New Hope home. Brad’s dogs were an essential part of his daily life. He leaves behind Lady, Lola, Bella and Gracie. His late dog Michelle was a particular favorite.

He is survived by his loving and devoted wife Pammie; his children and their spouses Elizabeth “Lizette” Hardie of Raleigh, NC; Bradford A. Mills and his wife Carol of Houston, TX; Barbara “Babette” Henagan and her husband William “Bill” of Atlanta and Ross Mills and his wife Avril of , FL; 10 grandchildren; 2 great-grandchildren; his sister Lee Petty of Washington, DC; his sister-in-law Alecia Mills of Mexico; his step-daughter Kristina Hopper and her husband Kasra Nasiri of Switzerland; and his step-son Alastair Hopper and his partner Kati Gray of Calgary, Canada and Nepal. Brad was predeceased by his former wife and the mother of his children Elizabeth “Leisket” Leisk Mills; his parents Dudley and Louise Morris Mills; his brother Larry Mills and his sister Louise Cunningham.

A memorial will be planned in the future when we can all gather.

Committal services with military honors will be held on Wednesday, March 24, at 11 am at Washington Crossing National Cemetery, 830 Highland Rd, Newtown, PA.

To send flowers to the family or plant a tree in memory of Bradford "Brad" Mills, please visit our Heartfelt Sympathies Store.

We encourage you to share your most beloved memories of Bradford here, so that the family and other loved ones can always see it. You can upload cherished photographs, or share your favorite stories, and can even comment on those shared by others.

Posted Apr 16, 2021 at 05:08pm
Penryn & Tracy have a bucket list full of fond and memorable memories with the Mills family, one and all, for our time in Princeton with you. Your family has been nothing but kind, generous, and great fun. We offer you all our love and condolences to you all.
Comment Share
Share via:
HS

Flowers were purchased and a memorial tree planted for the family of Bradford Mills. Send Flowers

There is a cavalry squad on Jordan ‘s yonder side
Sans a gallant commander they could scarce abide.
But now there’s rejoicing and some real heavenly fun
‘Cause they’re getting the very best, just the right one
So, while round Princeton folks are feeling mighty sad
There is celebration where they’ll welcome good ole Brad. 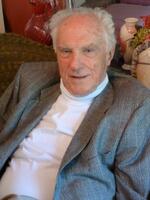